40 Let all things be done decently and in order.

I hope you enjoy learning a little more about the city in which the French refugee, John Calvin, lived and taught.

I am Associate Professor of Historical Theology at Gordon-Conwell Theological Seminary and Dean of the Jacksonville campus. My PhD was in Historical Theology from Cambridge University, and my goals here are to provide free, quality explorations of the life of the church and the history of doctrine. I don’t take myself too seriously, though I always try to take each subject seriously. I also do not expect everyone to agree with me on everything. That is the fun of history: a lot to argue over! People may also be interested in my blog, where I at times write things (instead of make videos):

16 For I am not ashamed of the Gospel of Christ: for it is the power of God unto salvation to everyone that believeth, to the Jew first, and also to the Grecian.

17 For by it the righteousness of God is revealed from faith to faith: as it is written, The just shall live by faith.

I’m using the first name only and in French of this 16th century pastor, teacher, and reformer because he has been so misrepresented that it’s almost impossible for some people to give him a hearing, and for others not to idolize him. There has to be a middle road.

Jean was a studious man who didn’t really want any position of authority until he was convinced that it was the Lord Who had prepared him for this. He listened to the counsel of his friends and mentors about this.

He took part in the infamous trial of a heretic that ended in the heretic’s execution. He is pretty much blamed for all of it, a reproach that has become associated with his name.

He lived in exile from Catholic France for many years. His only son died in infancy, and his beloved wife also died. He made provisions to be buried in an unmarked grave.

“[Jean] chose Romans as the object of his first commentary because he believed it opened ‘the understanding of the whole of Scripture.’ He underscored a point that he felt ‘can never be sufficiently appreciated’ –namely, ‘when anyone gains a knowledge of this Epistle, he has an entrance opened to him to all the most hidden treasures of Scripture.’ 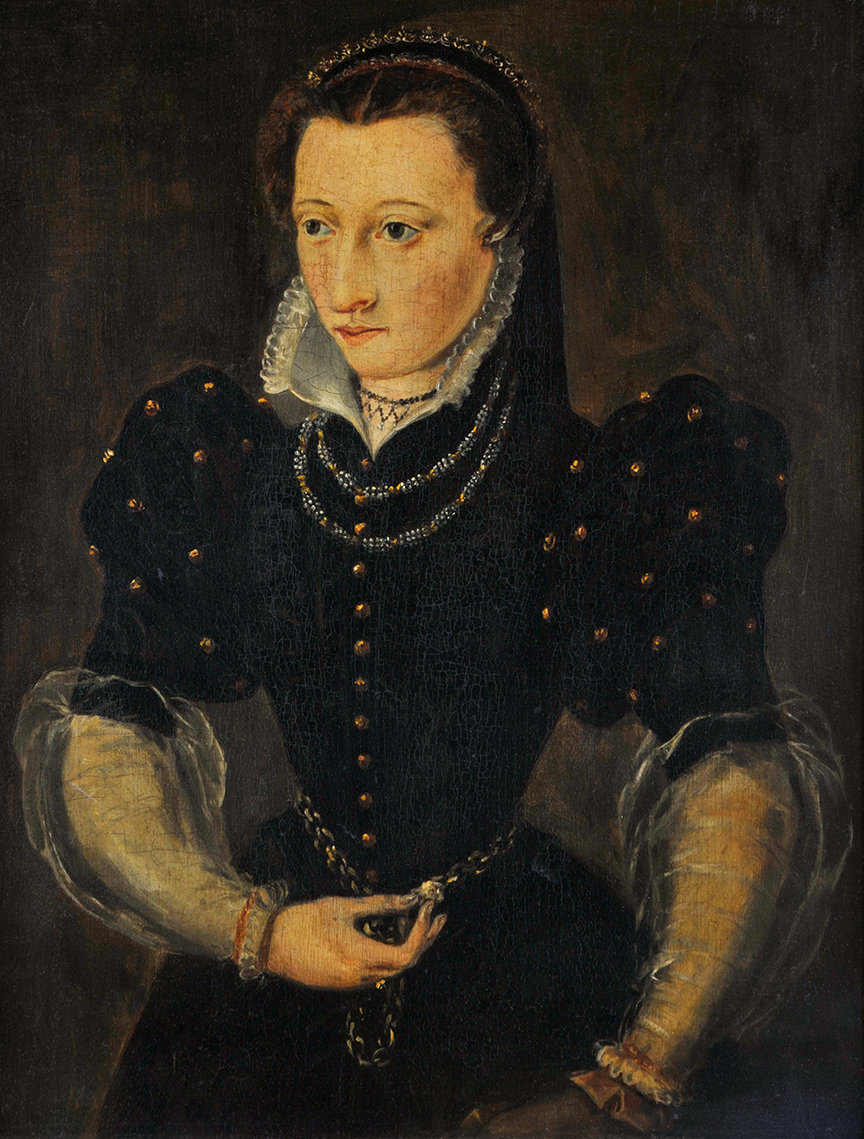 As a Catholic child I loved the large ornate crèche that our parish church always placed in front of Mary’s altar at the beginning of Advent. Around and above it, fir trees stood. We had our own small nativity set at home – its figures were small enough to place by hand in a little stable.

If the Lord wanted us to worship using things like this, why did Jesus teach us,

A Nativity Scene isn’t a teaching tool or a seasonal decoration but a focus for our idolatry.

3 So all the people broke off the golden earrings which were in their ears, and brought them to Aaron. 4 And he received the gold from their hand, and he fashioned it with an engraving tool, and made a molded calf.

Then they said, “This is your god, O Israel, that brought you out of the land of Egypt!”

“. . . We must hold it as a first principle, that as often as any form is assigned to God, his glory is corrupted by an impious lie.” (Institutes, 1.11)

The Second Commandment, Westminster, and Images of Christ

“By creating an image of Jesus (e.g., in a painting or a stained-glass window), a person is inserting his or her own ideas of what Jesus looked like. Because we do not know what he looked like, this image would not be a true image or representation of Christ. Rather, it would simply be an image of a man from the imagination of the artist that he or she has called ‘Jesus.’

“If these images, then, do not truly represent Christ, then they are put in the place of the true Christ. Evoking any sense of worship of that which is not Christ, but rather inserted in the place of Christ, is – by definition – idolatry. If an observer were to gaze upon that image with the intent to worship, by thoughts or emotions, then that observer would be worshipping a man-made image and not the true God-man, Jesus Christ. The same principle would also apply for images of God the Father and God the Holy Spirit.”

“I know how difficult it is to persuade the world that God disapproves of all modes of worship not expressly sanctioned by His Word.

“The opposite persuasion which cleaves to them, being seated, as it were, in their very bones and marrow, is, that whatever they do has in itself a sufficient sanction, provided it exhibits some kind of zeal for the honor of God.

“But since God not only regards as frivolous, but also plainly abominates, whatever we undertake from zeal to His worship, if at variance with His command, what do we gain by a contrary course?

“The words of God are clear and distinct,

Obedience is better than sacrifice.

In vain do they worship me, teaching for doctrines the commandments of men.

“Every addition of His word, especially in this matter, is a lie. Mere ‘will worship’ (ethelothreeskia) is vanity [Colossians 2:23].

“This is the decision, and when once the judge has decided, it is no longer time to debate.”

Christmas: An Historical Survey Regarding Its Origins and Opposition to It, by Kevin Reed

Joel Beeke’s explanation of the authority of God’s Word is clear and solid: I really appreciated his article. Because of our disappointment with certain pastors, as well as the many false teachers who’ve arisen among us, some readers may object to Beeke’s emphasis on the importance of the Biblical role of pastor-teacher in the Church, but I believe it is what the Lord ordained for us. Godly pastors are His gift. Thank you, Lord!

The Sufficiency of the Bible Contra Rome

The principle of sola Scriptura  explains why the Reformers accepted some parts of Roman Catholic teaching but not others. They believed that Christ, as the only Head, rules His church by His Word and Spirit. The authority of Scripture is thus absolute, the authority of Christ Himself, not an authority derived from or accorded to it by the church. Calvin said that Scripture is as authoritative as if we heard God’s “living words” from heaven with our own ears (Institutes, 1.7.1) and so Christians should be governed by its promises (Institutes, 3.2.6–7) and the church should be wholly subject to its authority (Institutes, 4.8). . .

The Bible’s sufficiency should also not be understood to exclude the use of the church’s helps, such as her many teachers past and present, and the writings produced by them. These are not to be rejected, but welcomed as a means that the Holy Spirit has provided in the body of Christ (1 Cor. 12:28; Eph. 4:11–13). However, they are subordinated to the Bible in such a way that they have authority to direct our faith and obedience only insofar as they faithfully reproduce and apply the teachings of Scripture. The principle of Scripture alone, rightly understood, does not mean the church of any given time or place operates by the Bible alone without reference to the traditions of the church through the ages. Rather, the sola of sola Scriptura means that the Bible alone is the fountain and touchstone for all authoritative teaching and tradition. This point especially needs to be emphasized in an ahistoric contemporary culture that emphasizes radical individualism and personal liberty. As Peter warns, “No prophecy of Scripture is of any private interpretation” (2 Pet. 1:20). . .
.
Photo: “Junge lammer des hausschafes” (Young lamb of the domestic sheep) by bohringer friedrich, 2006, Wikimedia.
..